“She’s nothing like momma said she’d be.” Netflix has revealed the second trailer for the Chinese animated musical adventure Over the Moon, developed in partnership with Pearl Studio in Shanghai. This is the first feature film directed by legendary animation master Glen Keane, who is working with John Kahrs (of Paperman) as his co-director. The story is about a girl who builds a rocket to travel to the moon in hopes of meeting the legendary Moon Goddess. It’s also a musical (much like a classic Disney musical) with songs by Christopher Curtis, Marjorie Duffield, and Helen Park (KPOP); with a score by Oscar-winning composer Steven Price. Featuring a voice cast including Cathy Ang, Phillipa Soo, Ken Jeong, John Cho, Ruthie Ann Miles, Sandra Oh, Robert G. Chiu, Margaret Cho, and Kimiko Glenn. This first teaser trailer arrived during the summer, promising a vibrant and exciting story about a girl who dreams of going to the Moon and gets there with her own home-built rocket. I’m looking forward to this because Keane is one of the best animators, and I hope he has livened this up with his special touch. The songs in here sound lovely.

Here’s the second official trailer for Glen Keane’s Over the Moon, direct from Netflix’s YouTube: 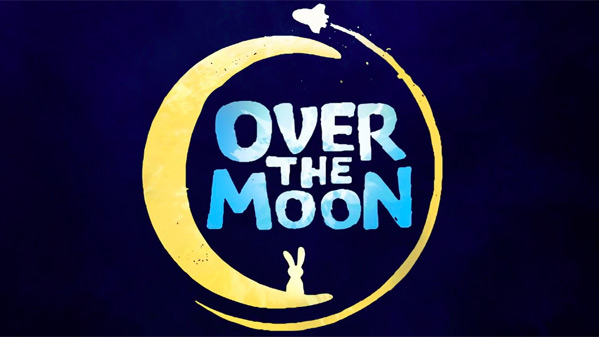 You can still watch the teaser trailer for Glen Keane’s Over the Moon here, to see the reveal again.

Fueled with determination and a passion for science, a bright young girl builds a rocket ship to the moon to prove the existence of a legendary Moon Goddess. There she ends up on an unexpected quest, and discovers a whimsical land of fantastical creatures. Directed by animation legend Glen Keane, and produced by Gennie Rim and Peilin Chou, Over the Moon is an exhilarating musical adventure about moving forward, embracing the unexpected, and the power of imagination. Over the Moon is directed by acclaimed animation master Glen Keane, director of the short film Dear Basketball previously, in addition to an extensive amount of animation work in the industry. Co-directed by John Kahrs. The screenplay is written by Audrey Wells. It’s produced by Gennie Rim and Peilin Chou. Developed at the animation house Pearl Studio based in Shanghai, China. Netflix will first release Keane’s Over the Moon in select US theaters sometime in October, then streaming on Netflix starting October 23rd this fall. Who’s excited to see this?